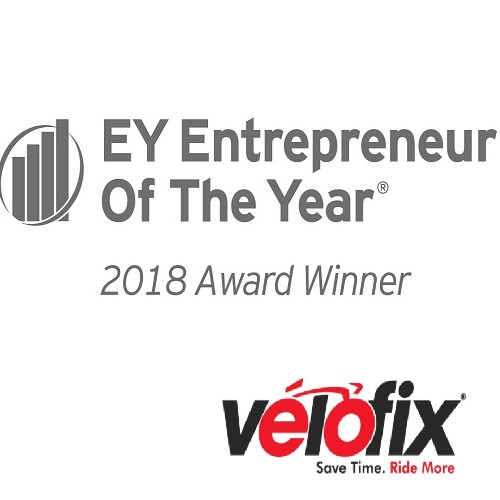 Chris Guillemet and Davide Xausa had a similar problem. Both cyclists who had known each other since their early teens, the Metro Vancouver natives felt that bricks-and-mortar bike shops couldn’t cater to their needs. So the pair set out to create a mobile repair service. Guillemet had management expertise from helping run a couple of Vancouver-based companies, while Xausa had financial expertise, thanks to his work as an account manager with the provincial government.

The problem? Guillemet and Xausa didn’t know how to fix bikes. In 2012, they stumbled on Boris Martin, a young mechanic who was, in Xausa’s words, “being harshly underutilized.” The three developed Velofix, a fleet of mobile bike repair shops, using a model that sees franchisees pay a fee to operate a truck with rights over a certain territory and hand over a percentage of the proceeds. Launched in Vancouver, the company now has 140 franchises throughout North America, from Victoria to Jacksonville, Florida.

If there was any doubt about whether the business could be sustainable, the Velofix founders believe they crushed it in the city where they began. “The fact that we started in Vancouver, which has more bike shops per capita than anywhere in North America, proves that the model gives the convenience factor that a bike shop just can’t,” Guillemet says. “I don’t care if you have a great mechanic. You still have to get there, park, leave your bike for a week and pick it up.”

The plan doesn’t stop there. Velofix launched its first mobile ski repair shop in 2015 and is now in 25 communities. “There’s a million things we can do,” Xausa says. “Can we move into more winter activities, like snowmobiling? Is there any reason we can’t hire Red Seal—certified mechanics for that? There are a lot of opportunities still; we’re just scratching the surface.”

What did your summer jobs teach you about business?
That I am far better with my brain than my hands.

Is an entrepreneur born or made?
Made. Your environment growing up plays a huge role in development, and who you spend time with early in your career.

What is your definition of success?
Working on/in a business that you have passion for and being in the position to make a difference.

What other career might you have had?
Architect. I love design and how the best architects use space.

What’s one thing that people would be surprised to learn about you?
I am first-generation Canadian. My dad was born in France, and my mom is from Scotland.

Finish this sentence for us: “Entrepreneurs need a lot more…”
Support.

What businessperson do you most admire?
Jim Treliving, an investor in Velofix, a self-made man who never forgets where he started and has always provided tremendous support and advice.

What do you do to unwind/relax?
Ride my bike! There is no better way to escape and reduce stress. The freedom is beautiful.

How would you describe your leadership style?
Get the right people in the right role and allow them to do their work: provide advice and support, and be a cheerleader for them.

Name an item you typically forget to pack on business trips and regret not bringing.
Chargers—phone and laptop.